SOLD OUT: Java.Next: Keeping up with Java

As of Java 9 we're getting a major Java release twice a year. Gone are the days of big Java releases that took 3 or 4 years. It's more important than ever to keep up with Java! Java 11 and beyond are already available, but you're most probably still developing on Java 8. Looking at Oracle's Java 8 roadmap, where public support for Oracle JDK 8 is dropped early 2019, that's not a great place to be. So what's next?

In this workshop we'll look at all the major changes that happened since Java 8. First we'll look at the new module system in Java and its impact on new and existing codebases. Then, we'll examine the new features in Java 10 such as local-variable type inference with var. Of course Java 11 - with an all-new HttpClient API - and beyond won't be forgotten. In this workshop, you'll learn through listening, experiencing demos and live-coding. You'll be coding with new Java features yourself with hands-on labs. After finishing the workshop, you'll be able to confidently move your team and codebases beyond Java 8!

Prerequisite attendee experience level: You should be comfortable coding in Java 8, including streams and lambdas. 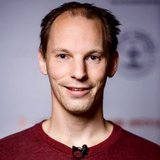 Blog
Back to the Schedule

SOLD OUT: Building Great APIs from the Ground Up
Mike Amundsen
Monday Jun 17, 09:00