Prioritizing Technical Debt as If Time and Money Matters

Many codebases contain code that is overly complicated, hard to understand and hence expensive to change and evolve. Prioritizing technical debt is a hard problem as modern systems might have millions of lines of code and multiple development teams — no one has a holistic overview. In addition, there's always a trade-off between improving existing code versus adding new features so we need to use our time wisely.

What if we could mine the collective intelligence of all contributing programmers and start making decisions based on information from how the organization actually works with the code?

In this presentation, you'll see how easily obtained version-control data lets you uncover the behavior and patterns of the development organization. This language-neutral approach lets you prioritize the parts of your system that benefit the most from improvements so that you can balance short- and long-term goals guided by data. The specific examples are from real-world codebases like Android, the Linux Kernel, .Net Core Runtime and more.

This new perspective on software development will change how you view code.

What GOTO attendees have said about past versions of this talk: 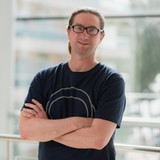 Founder and CTO at CodeScene Programmer, psychologist, Lisp hacker, speaker and author of several books including "Your Code as a Crime Scene"