In 2011 Kevlin Henney gave a keynote, "Cool & Useless", at the first ever GOTO Amsterdam conference. Kevlin was all about code and other geekery that was cool and well... useless.

On this tenth anniversary, he is here for another keynote. We might consider this talk to be the natural successor, uncool & supposed to be useful... or uncool & useless... or, more simply, #FAIL.

In Kevlin's opinion, software doesn't always work out. Looking at the number of software failure screens in public places, it can sometimes seem that software developers are the greatest producers of installation art around the planet. Software failures can be entertaining or disastrous. They can also be instructive — there's a lot we can learn. 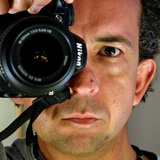