Did you know that Kotlin is being used in production for over a few years now already? Both inside and outside of JetBrains there are people deploying Kotlin applications for Android platform, for Web Applications and just about any other type of application.

Why are people using it instead of Java or some of the other languages out there? Primarily because it provides significant benefits in terms of conciseness, readability and safety, without some of the drawbacks that adopting a new language has such as a higher learning curve or interoperability with existing code and ecosystems.

In this talk we'll cover some aspects of Kotlin that can really help you in your daily development, focusing on solving issues versus highlighting language features. 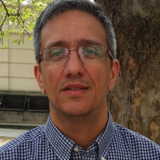