This video is also available in the GOTO Play video app! Download it to enjoy offline access to our conference videos while on the move.

The feature we always hear about whenever Java 9 is in the news is Jigsaw, modularity for Java. But modularity just doesn't scratch the same developer itch that Java 8's lambdas and streams did, and as developers we're left with a vague sensation that version 9 might just not be that interesting.

In fact, Java 9 actually has a lot of great additions and changes which will make Java just that bit nicer to work with. These features can't be lumped under a nice umbrella term like Java 8's lambdas and streams, but the Java 9 changes are scattered throughout the APIs and language features that we regularly use.

In this presentation Trisha will show, via live coding:

Along the way we'll bump into other Java 9 features that make our lives easier, including some of the additions to interfaces and how deprecation has changed. As the application is built in real time, we’ll see that once you start using Java 9, you can't go back to Before.

Prerequisite attendee experience level: Advanced (it's for programmers who work with Java every day, but don't know anything about Java 9) 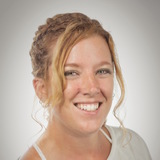