Do you want to make your releases safer, faster, and less effort? Lots of us now have microservices, kubernetes, maybe even a service mesh. So why are released still banned on fridays? Why is it so hard even know what version is running in production?

In this practical talk, Matt will talk through Progressive Delivery. This is an approach, and a set of tools, which give us automated, safe, observable Deployments and Releases.

There'll be a lot of demos, during which we'll see: 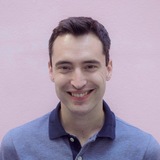