63
Speakers
We have 63 confirmed speakers. Click to see who is speaking.
10
Tracks
We offer 10 tracks, click to read more about each of them.
750
Attendees
Register Today!
Veilingzaal

Two years ago we started a new Internet of Things project: The Internet of (Lego) Trains. We wanted to figure out if we could use Java/Scala to build software for IoT hardware like the Raspberry Pi.

The Lego trains are equipped with a Raspberry Pi, camera, wireless dongle, infrared transmitter, speaker, RFID reader and battery pack. Next to that we have automated switch tracks and cameras again with the help of Raspberry Pis. To control the trains and other parts we built an actor based application with Scala, Akka, Akka HTTP and AngularJS.

The session will cover when and how to use Akka HTTP and remote actors to create a new generation of applications. The results of the performance tests we did to compare the two options will be shown as well. A live demo with Lego trains and a ferris wheel is also included. 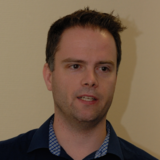