75
Speakers
We have 75 confirmed speakers. Click to see who is speaking.
13
Tracks
We offer 13 tracks, click to read more about each of them.
900
Attendees
Register Today!
Graanbeurszaal

CERN, from an IT Perspective

CERN, the world’s leading particle research laboratory, is researching the origins of our universe. It is also the organization where the Web was born, and it is at the origin of many other advances in many different areas. CERN operates the largest machine that was ever built by humankind – the Large Hadron Collider. As you can imagine, operating a huge accelerator infrastructure requires a strong computing backbone, for instance to provide control systems, for physics data analysis, or to support the organization’s business processes.

This talk takes you on a discovery tour of CERN, depicts the highlights of the organization’s infrastructure, explains the concept of particle accelerators and walks you through the most important aspects of IT as it is in use at CERN. You will get an idea of CERN’s current scientific challenges, and we will touch on questions of why fundamental research is important. Furthermore, on a more practical level, you will see the role the programming language Java has been playing ever since it appeared for the first time in the mid-90s.

What will the audience learn from this talk?
The audience will learn about what are some of the fundamental questions about the Universe that scientists at CERN are currently exploring, and what is the role of IT in the organization, and how does it support scientists that collaborate with CERN in our scientific program.

Does it feature code examples and/or live coding?
No

it and society
saving the world 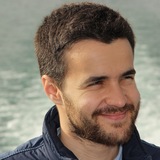