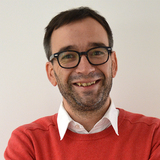 Chris has been leading engineering teams since 1999. He was pivotal in the BBC’s adoption of Agile in 2000-2001 using it to deliver the pioneering Multi-Screen Wimbledon Service for Sky. Since then he has worked for broadcasters and platform owners including Dish Network in the US and Deutsche Telekom in Europe.

Most recently he led the development team for the YouView Set Top Box User Interface and headed up engineering for YouTube’s largest Content Network outside the US; Base79 (now Rightster). He is now CTO of Honeycomb TV Ltd.

He is an active member of the Lean/Agile/DevOps community speaking at Meet Ups and conferences across Europe.