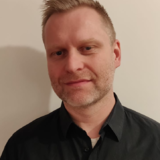 Head of IT at Daily Banking Tribe at ING Bank Netherlands

Marcin Pakulnicki (Amsterdam, Netherlands) is a self-taught programmer, originally started as Flash Developer in the days when Flash was the awesome thing. From coding front-ends he gradually picked up Java and with advent of Android OS transitioned to mobile development, and later to fullstack DevOps with Java and modern front-end frameworks.

Nowadays at ING Bank, his itch is to scale innovations in tech, way of work, team dynamics within a complex, constantly moving and mission critical environment such as a major digital (system) bank in The Netherlands.

He is a fanatic promotor of simplicity in agile, moving to microteams & platform teams, removing ‘agile purpose’ (or whatever that means), and fully shift-left software development cycle. Marcin also presented on multiple international conferences on topics regarding being a lead developer in a modern enterprise and the ‘death of the IT Manager’.