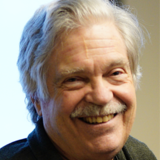 Is there something in personal computing today that Turing Award winner Alan Kay didn’t invent or influence?
Practical networked computers, object-oriented technologies, windowing graphical user interfaces, laptops, tablets, e-books, SmallTalk, ...
And many of the inventions and prototypes he and his team did at Xerox PARC @ Palo Alto in the 70s were successfully commercialized by Apple in the 80s with the Lisa and Macintosh.
When Alan Kay speaks, the world listens…
So, take the rare opportunity to hear him live at GOTO conference.
He has been elected a Fellow of the American Academy of Arts and Sciences, the National Academy of Engineering and the Royal Society of Arts. He is best known for his pioneering work on object-oriented programming and windowing graphical user interface (GUI) design.
Alan holds an impressive list of awards and honors: