Progressive Delivery allows you to switch from high-stakes “big bang” releases to gradual exposure of code changes in production. The goal is to observe changes in the health of your systems and user behavior before ramping up to your entire user population.

This hands-on lab will introduce you to the Split Feature Delivery Platform, which marries feature flags with a statistical engine to limit the blast radius of issues that only appear in production and to measure whether feature changes have the desired impact on user behavior.

What we’ll do
We’ll start the day with a brief overview of Progressive Delivery, focusing on typical implementation patterns and the benefits you can accrue from each. Then we’ll dive into the Split Feature Delivery Platform, doing a number of hands-on labs:

We’ll wrap up the day by tying together all the concepts and labs with an end-to-end live demo of using Split to gradually expose features and observe user impact on a fictional travel reservation site.

What you’ll take away
By lunch, you’ll know more about Progressive Delivery patterns and Split’s implementation of the Feature Delivery Platform pattern than most of your peers. By our mid-afternoon coffee break, you’ll have working examples and your own Split.io account to explore further after you return home. When we wrap up with the end-to-end demo, you’ll have a complete vision of this different way of rolling out and observing software changes.

Who will benefit
Lead developers, architects, and anyone chartered with moving their organization to a faster cadence of delivery without loss of stability. While Split has SDK’s for 10 languages, examples will be in Python, JavaScript and Java, so familiarity with one of these languages will be helpful but is not required. 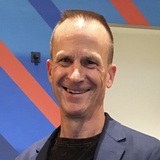 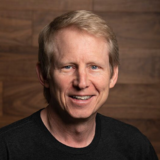 Back to the Schedule