75
Speakers
We have 75 confirmed speakers. Click to see who is speaking.
13
Tracks
We offer 13 tracks, click to read more about each of them.
900
Attendees
Register Today!
Location: Effectenbeurszaal

Open source modules are undoubtedly awesome. However, they also represent an undeniable and massive risk. You’re introducing someone else’s code into your system, often with little or no scrutiny. The wrong package can introduce severe vulnerabilities into your application, exposing your application and your user's data. This talk will use a sample application, Goof, which uses various vulnerable dependencies, which we will exploit as an attacker would. For each issue, we'll explain why it happened, show its impact, and – most importantly – see how to avoid or fix it. We'll live hack exploits like the classic struts vulnerability that recently made it famous, along with Spring Break and several others.

Does it feature code examples and/or live coding?
Both 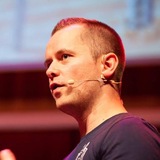